West Africa’s first IKF course was held recently. Conducted by Mr Theo van der Linde from 4 to 8 May 2014, in Ghana, the Introduction Course for Korfball Coaches and Referees received generous support from the Swan Fund.

Introducing korfball to Ghana creates a link between the southern part of Africa, Zone VI, where korfball is established in a number of countries, and the northern region, where Morocco might soon become an IKF member country.

All participants on the course in Ghana were enthusiastic and eager to learn about a new sport. Word about korfball spread quickly, and new participants joined at each session. A total of 56 participants attended the course for at least one day, with 38 receiving the IKF certificate on the final day, comprising 28 qualifying as coaches and 10 as referees.
Because korfball is a new sport in Ghana, the course aimed to build up skills and awareness from the grassroots, so the group was a mix of ages, genders, experience and skills. The basic idea is always: “Korfball is fun”.

On the first day Theo van der Linde met with the Chief of the region, which should prove valuable in promoting korfball wider throughout the country when the local Chief attends the monthly national meeting of all Chiefs, where they talk about what happens in their own region, and where korfball is likely to be discussed.

It was fun to see children of the school and community start shooting from the moment they have the opportunity to get the ball. At the moment the participants are playing a match, the other balls are available for the kids and there is always someone who is feeling responsible.
During the introduction course the first steps were taken to set up a regional and national organisation, with establishment of Ghana’s first korfball board of was. Their first goal is to set up a korfball competition in Ghana’s Volta region recognized by the National (Sport) Organization.

The Board of Ghana Korfball has shown interest to be affiliated to the IKF as soon as possible.
Every day was an additional (free) meeting of about 1 hour where several items are discussed by referees and coaches. Topics are rules of course, behavior of coaches, referees and players, several tasks of a coach and how to deal with the different kinds of interest. The participants have made an agreement to have a buddy (also for the coming period), so they can together grow to a higher standard.

On the last morning of the coaching course, the participants prepared a training session for children in the community, which they ran themselves that afternoon. Assembly member Mr Joenathan Agbeka attended this session, which ended with a tournament under the responsibility of the new coaches and referees. Six teams with children of all ages played matches. While team Vieri won the final, in learning a new sport, everyone involved eneded up as a winner.

A live radio broadcast about korfball’s introduction in Ghana was also a feature of the last day for a project that looks set to be a big step in the development of African korfball. 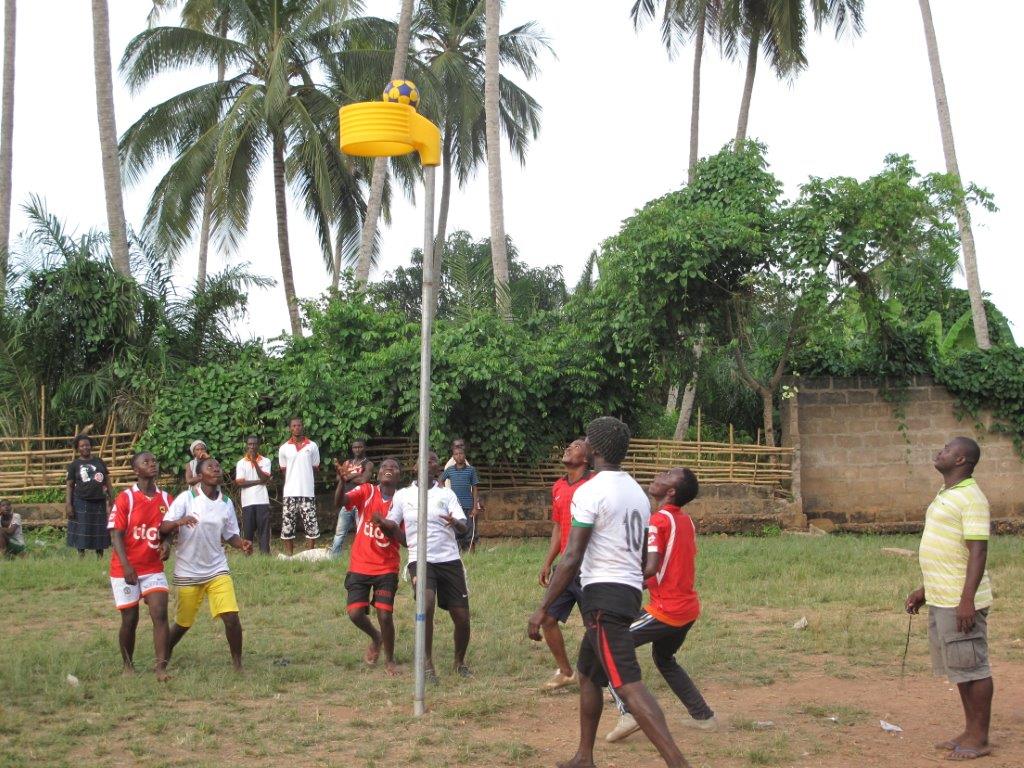 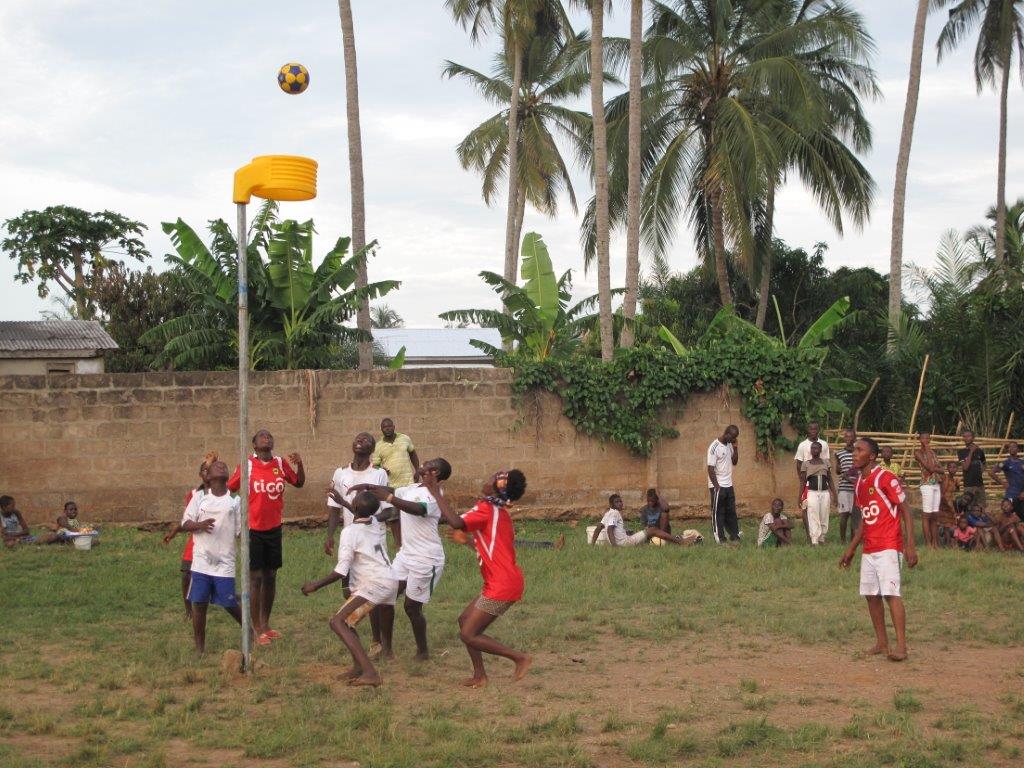 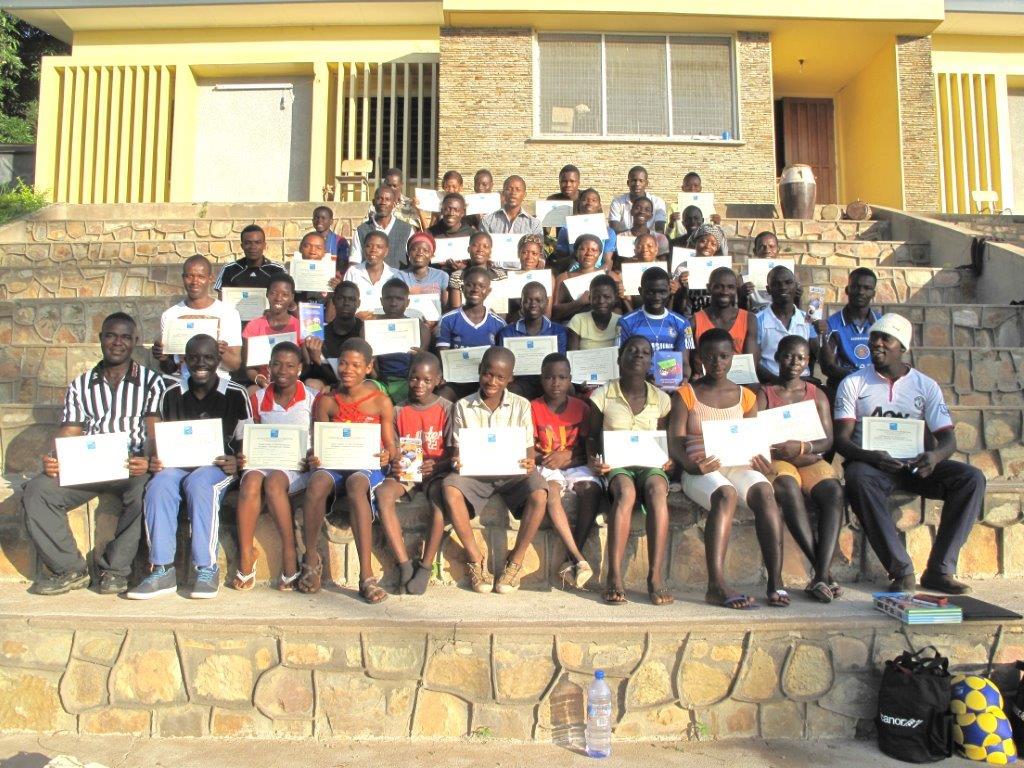