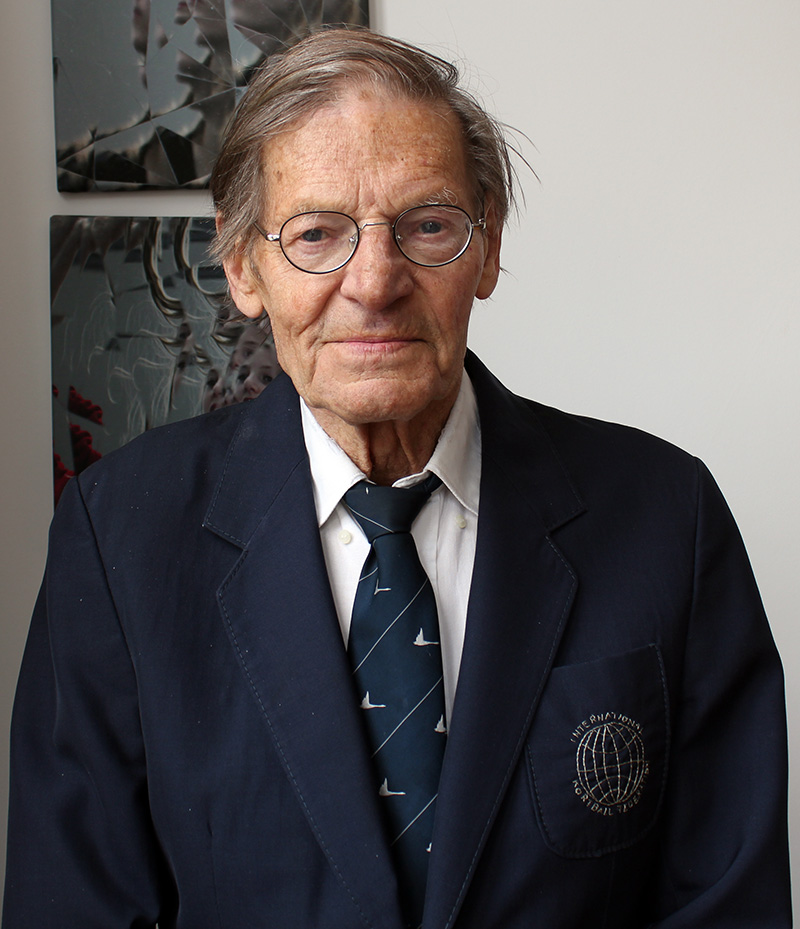 Adri Zwaanswijk, nicknamed Swan, traveled around the world in the postwar decades to promote his favorite sport korfball. Armed with balls, baskets and poles, so says the legend.

“Teaching children korfball is the best there is. They are open-minded, older athletes have learned to be stubborn. Younger children have a substantially different reading pane”
Adri Zwaanswijk

Adri Zwaanswijk, born on February 29th 1928 and better known as Swan, played korfball since he was twelve and always played for the The Hague Korfball Club HKV, which later became HKV/Ons Eibernest. He was not only a korfballplayer and sportsman of stature, he indisputably was one of the best korfballcoaches of his time and gained international fame in his 16 year long role as the headcoach of Dutch national korfballteam.

After ending his career as headcoach of the Dutch national korfballteam, Swan was rewarded his own foundation: Swan Fund. Partly thanks to Swan Fund, the number participating countries of the International Korfball Federation (IKF) was boosted from ten to nearly thirty.

Adri Zwaanswijk passed away on January 24 2018. Someone so special can never be forgotten. We remain focused on the tasks at hand and will do everything to develop korfball in the remembrance of Mr. Zwaanswijk.